Another term in Cambridge has gone by - four out of nine to go. In the meantime, here's a quick update of what I've been up to in the past few months. 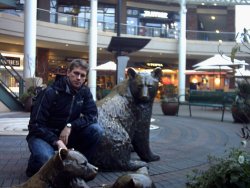 In January I had the opportunity to visit Microsoft's headquarters in Redmond, WA, to interview for the Software Development Engineer in Test intern position in the Office team. In short - a great trip, in every aspect.

I left London Heathrow on January 11th, 2:20 PM and landed in Seattle Tacoma at 4:10 PM (I suspect that there might have been a few time zones in between those two points). I arrived in Mariott Redmond roughly an hour later, which meant that because of my anti-jetlag technique ("do not go to bed until 10-11 PM in the new timezone no matter what") I had a few hours to kill. Ample time to unpack, grab a dinner in Mariott's restaurant and go for a short stroll around Redmond before going to sleep.

On the next day I had four interviews arranged. The interviews themselves were absolutely stress-free, it felt more like a chance to meet and have a chat with some properly smart (and down-to-earth) folks. 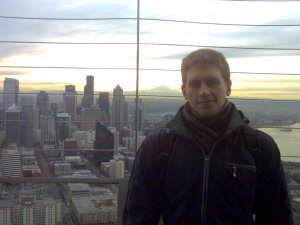 The structure of the interviews seemed fairly typical: each interview consisted of some algorithm/data structure problems, a short discussion about the past experience and the opportunity to ask questions (obviously a great chance to learn more about the team/company/company culture, etc). Since this was my third round of summer internship applications (I have worked as a software engineer for Wolfson Microelectronics in '09 and Morgan Stanley in '10), everything made sense and was pretty much what I expected.

My trip ended with a quick visit to Seattle on the next day: a few pictures of the Space Needle, a cup of Seattle's Best Coffee and there I was on my flight back to London, having spent $0.00 (yeap, Microsoft paid for everything - flights, hotel, meals, taxis, etc). Even so, the best thing about Microsoft definitely seemed to be the people working there; since I have received and accepted the offer, we'll see if my opinion remains unchanged after this summer!

Well, things are still picking up the speed. Seven courses with twenty-eight supervisions in under two months, plus managing a group project (crowd-sourcing mobile network signal strength), a few basketball practices each week on top of that and you'll see a reason why this blog has not been updated for a couple of months.

It's not all doom and gloom, of course. Courses themselves are great, lecturers make some decently convoluted material understandable in minutes and an occasional formal hall (e.g. below) also helps.

All in all, my opinion, that Cambridge provides a great opportunity to learn a huge amount of material in a very short timeframe, remains unchanged.

There will be more to come about some cool things that I've learnt in separate posts, but now speaking of learning - it's revision time... :-) 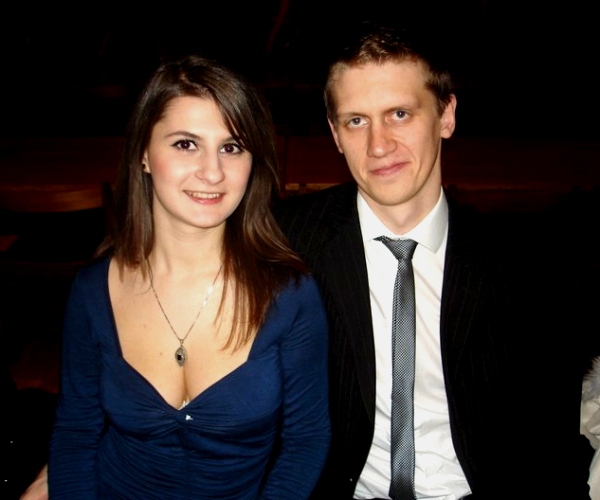 Me and Ada at the CompSci formal hall. Cambridge, England, 2011