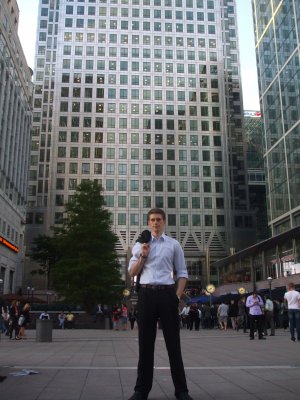 While the Europe is paralyzed by the volcanic ash and I am restrained from coming back to Cambridge, here is a quick recap of what I have been doing for the past couple of months.

It looks like it is becoming a tradition - another vacation ends with a guitar video. This time - a short slow blues in Stefan Grossman's style. The usual apologies for the sound, video and playing quality apply.

I was accepted as a student member to the Chartered Institute for IT (former British Computer Society). For the next two years (at least) I should be reachable through this e-mail: manfredas.zabarauskas@bcs.org.

Without getting into the gory details, the outcomes of the Lent (read: second) term in Cambridge can be summarized by:

I am still extremely enjoying it, even though the amount of my spare-time has decreased. (As an afterthought - I still had time to play basketball for Blues, Lions and my college, so maybe it was not that bad).

Over the summer I will be working as a Technology Analyst for Morgan Stanley, in their Innovative Data, Environments, Analytics & Systems (IDEAS) group.

During the interviews Morgan Stanley really left a very good impression both at the level of knowledge of the people working there and the communication and culture inside the company. We will see if that applies in day-to-day situations. In any case, I have nothing against spending the summer in Canary Wharf and seeing the investment banking industry from inside.

It will surely give me more things to write about in this blog, so be sure to check back once in a while.